Zilite is very gentle and sensitive, picking up easily on our moods in the family. When we hug, she is always there and wants to participate. When somebody is unhappy, she comes close and shows her love. Just as you said, she always, always needs to be in the same room with people or at least in the next room (as long as the door is open). Even if somebody from the family is away for 30 minutes, she greets her / him so enthusiastically, as if she has not seen this person for many days J

Generally, she is very good with children (ours and other people’s). The first moment is a bit awkward, with a lot of “greeting barking”, just as Ela did when we visited. But after she has a chance to sniff the person, she becomes so lovely. When she was younger, sometimes she accidently pushed a child while playing, but this does not happen anymore. She is very gentle and likes to play soooo much. Of course every child is always invited by her into her game J

She is very, very playful, a real dynamo, when the game is going on. Quick, super clever, but accepts the order to give back things she is playing with, not only to Dainis and me, but also to the girls (albeit reluctantly). It’s just so funny, when she invites us to play - she takes her toy in her mouth and goes and comes and gently pushes us with this toy. In general, she has developed this wonderful language and it is easy to communicate with her about many things. She understands many words, even those that we did not teach her as commands, but just from using them in conversation (for example, “outside”, “upstairs”, ‘cheese”, “tummy” and others).

She is very intelligent and picks up things easily.  We went to a dog trainer from December to March (one of the best guys in the country, who used to train police dogs, and is very firm and gentle with dogs at the same time) for basic obedience training. In March he said “that’s enough, she is so smart, that she has graduated from my school”. He was amazed how quickly she was ready to do even complicated things, and he has seen a lot of dogs. He also said she is very confident and has a very good character, compared to other dogs.

However, being intelligent, she also quickly figures out how to break some rules, if we don’t repeat the training. Dainis (my husband) works with her regularly. Just now in the last 2 weeks she is going through a period of breaking the rules and sometimes becomes unruly, we now clearly need to do some work with her again.

She has a very good nose. She can sniff a piece of meat, cheese or banana from far, far away:) In the forest, she just follows her nose and can loose track of what is going on. We have so many birds, especially in Spring, when they were nesting. Sometimes little birds hit themselves against the windows and then sit for a long time, until they get back to normal. She is a danger then and we keep her inside.

She loves water. When allowed, she just runs into the lake (to which she can have free access, unless she is on a leash). She swims very well, but gets tired quickly as not yet used to a lot of swimming.

In general, she is very physical. Outside she can run around in circles for a while at a very, very high speed. She needs to let off her steam, energy. And then, of course, she just crashes and sleeps for a long time, but always with her sixth sense being switched on. Regardless how deep asleep she is, she is always, always noticing when people leave the room, even if we tiptoe J

And last but not least, she is very musical. She always sings when the girls play the piano. She comes from everywhere in the house and lies next to the piano and just cannot help it. Sometimes it sounds like she is trying to stifle the sound in her throat, but then the sounds just gets out. And sometimes she just cannot control it and howls wholeheartedly. The funny thing is that she is getting better with producing the right tone… 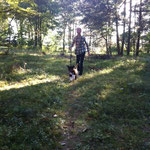 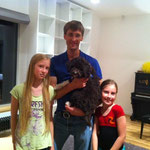 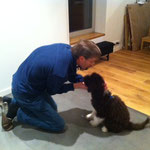 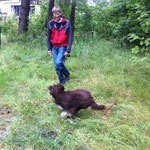 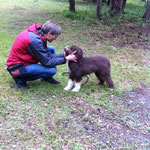 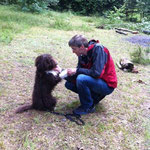 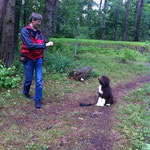 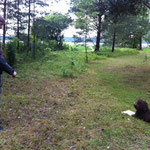 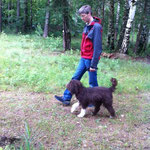 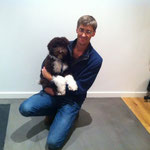 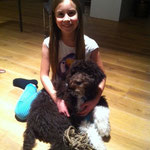 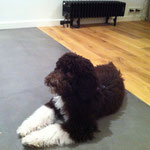 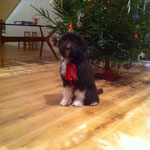 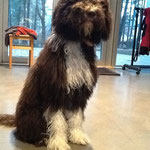 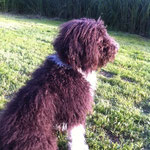 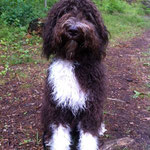 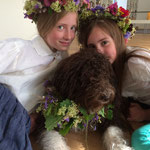 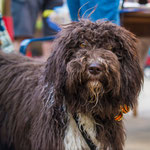 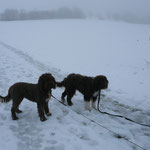 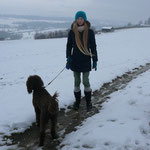 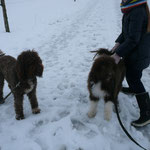